In the spring of 1831 Jan Lammers returned from the Belgian War of Independence to his farm near Brussels where he had stored chicory roots in his cellar while he was away. He had intended to dry and then roast them for use as a coffee substitute. However, his chicory roots, having rested several months in the dark, damp confines of his cellar had achieved a different result. They had sprouted small, white, leafy shoots from the top of the root. Curious, he tried the leaves and found them to be tender, moist and crunchy with a pleasantly mild bitter taste. Thus, a new vegetable was discovered – endive!

About a century and a half later in 1978 a young American named Rich Collins, bent on becoming a farmer, made his own accidental discovery of endive while working as a dishwasher in the kitchen of Restaurant La Salle in Sacramento. The owner, preparing braised endives for a special VIP birthday dinner and knowing his young employee aspired to a life as a farmer, told the wide-eyed youth that he should consider growing endives as he had just paid four dollars a pound for them! Fascinated by the prospect of producing this elegant vegetable, Rich bought some seeds and planted them in the family vegetable garden. Shortly thereafter Rich gave a call to Stanley Corriea, a longtime family friend, owner of Stanley Produce in San Francisco and an importer of endives from Europe. It was during a follow-up meeting that Stanley not only volunteered to buy endive, but also to finance the operation. In 1983, Rich launched Rebel Farms and began commercial production of endive in Vacaville, CA.

On Thanksgiving Day 1983, the first box was picked and shortly thereafter Stanley received the very first shipment of our endive. We are proud to say that Stanley Produce is still a customer today! Many doubted that endive could be successfully grown here and, as Rich is quick to say, it took him a decade of trial and error to finally get a handle on it. Today, California Endive Farms remains the largest American producer and a leading worldwide innovator in improving the complex process of growing high quality endives.

So Special... It's Grown Twice

Endive is a member of the chicory family, which includes radicchio, escarole, frisee and curly endive. It has a crisp texture and a sweet, nutty flavor with a pleasantly mild bitterness — great served raw or cooked. Endive is one of the most difficult vegetables in the world to grow, requiring a two-step growing process before it is ready to be enjoyed. The first growth takes about 150 days in the field, where the chicory grows from seed into a leafy green plant with a deep tap root. At harvest, tops of the leafy chicory plant are cut off, the roots dug up, and then placed in cold storage where they enter a dormancy period. As demand necessitates, roots are removed from cold storage for their second growth, which takes 28 days in dark, cool, humid forcing rooms, similar to a mushroom growing facility. The control over the initiation of this second growing process allows for the year-round production of endive. 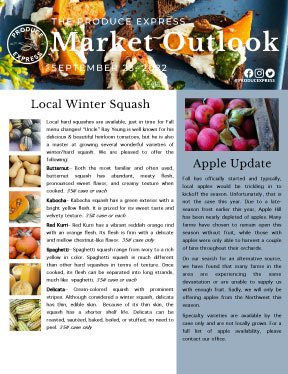